1. My grandma has a strong belief in allthings _____: she insists, for example, that the house in which she lived as achild was haunted.

2. The description of Green’s scholarshipas (i)_____ is grossly misleading: while her research on interstellar particlesis not especially novel, the conclusions she draws from her data are (ii)_____.

3. Apparently, advanced tortoises evolvedmultiple times: the high-domed shells and columnar, elephantine feet of currentforms are specializations for terrestrial life that evolved _____ on eachcontinent.

4. We often regard natural phenomena likerainfall as mysterious and unpredictable; although for short time spans andparticular places they appear so, in fact on a truly global scale, nature hasbeen a model of _____.

5. A hallmark of certainnineteenth-century mystery novels was the reform agenda of their authors, whoostensibly sought to expose economic injustice while depicting the seamyunderside of urban life. In reality, however, these claims to a radical politicalagenda were often (i)_____ meant to give lurid thrillers the appearance of(ii)_____.

Recent studies of ancient Maya water management have found that the urban architecture of some cities was used to divert rainfall runoff into gravity-fed systems of interconnected reservoirs. In the central and southern May Lowlands, this kind of water control was necessary to support large populations throughout the year due to the scarcity of perennial surface water and the seasonal availability of rainfall. Some scholars argue that the concentration of water within the urban core of these sites provided a centralized source of political authority for Maya elites based largely on controlled water access. Such an argument is plausible, however, it is less useful for understanding the sociopolitical implications of water use and control in other, water-rich parts of the Maya region.

1. The author of the passage implies which of the following about the political importance of the type of urban water management system described in the passage?

A. Because the system was centralized, it allowed political control over a widely scattered population.

B. The knowledge required to design and maintain the system became the pretext for Maya elites’ political authority.

C. By selectively limiting access to water, Maya elites used the system to curb challenges to their authority

D. The system is not sufficient to explain the sources of centralized political power in all parts of the Maya region

2. According to the passage, which of the following is true of the water management systems in the central and southern Maya Lowlands?

A. They were implemented in part because of the prevailing pattern of rainfall.

B. They were an integral part of lowland cities’ architecture.

C. They were needed because of insufficient resources such as ponds, rivers and lakes in the lowlands.

Historically, more cold-adapted antelope species originating in Eurasia have migrated into Africa, where the climate is generally warmer, than have warm-adapted African species into Eurasia. A likely explanation for this involves the fact that intercontinental migrations require both a land bridge connecting the two continents and the suitable habitat both on and across that land bridge. During periods of climatic cooling, such as the various ice ages, the land bridge is open for a long time (because sea level remains low) and is usable by cold-adapt species because cool habitats then extend across it. Thus during cooling most migrants would be expected to travel toward Africa, which is near the equator, since this is the direction dictated by habitat changes on a cooling Earth. In contrast, when the Earth is warm, the land bridge is reduced or gone because sea level is relatively high then. Only during the short lag between onset of global temperature change and sea level response can warm-adapted species migrate from the equator toward higher latitudes.

1. According to the passage, which of the following is true of an Eurasia-Africa land bridge during ice ages?

A. It offers suitable habitats for cold-adapted species of antelope.

B. It encourages migration from Africa to Eurasia of cold-adapted species of antelope.

C. It allows the survival of warm-adapted species of antelope that might otherwise home extinct.

E. The habitats it offers change more quickly than do those offered by land bridges during other periods.

2. The author of the passage implies that during the “short lag”, a land bridge between Africa and Eurasia would

A. be inhabited primarily by species of antelope originating in Eurasia

B. be characterized by areas of widely varying elevation above sea level

C. be inhabited by a wide diversity of antelope species

E. contain habitats similar to habitats at much higher latitudes in Eurasia

C. Under most climatic conditions, Africa offers a larger number of suitable antelope habitats than does Eurasia.

Carla L. Peterson’s Doers of the Word (1997), a study of African American women speakers and writers from 1830-1880, is an important addition to scholarship on nineteenth-century African American women. Its scope resembles that of Frances Smith Fosters 1993 study, but its approach is quite different. For Foster, the Black women who came to literary voice in nineteenth-century America were claiming their rights as United States citizens, denying that anything should disqualify them from full membership in an enlightened national polity. Peterson sees these same women as having been fundamentally estranged from the nation by a dominant culture unsympathetic to Black women, and by a Black intelligentsia whose male view of race concerns left little room for Black female intellect.

Consider each of the choices separately and select all that apply.
1. The passage indicates that Peterson identifies which of the following as obstacles faced by the women included in her study?
A. the attitudes of Black male intellectuals toward female intellectual work
B. the discriminatory attitudes faced by Black women in nineteenth-century America as a whole
C. disagreements among Black women speakers and writers themselves about the impact of the Black intelligentsia

2. It can be inferred that Peterson’s study and Fosters study are similar with respect to which of the following?
A. the writers that each takes up for examination
B. the degree to which each has influenced other scholars

1. The author of the passage mentions “tiny bones from fish” primarily in order to

A. explain why traces of passenger pigeon are rare at Cahokian sites

B. support a claim about the wide variety of animal proteins in the Cahokian diet

C. provide evidence that confirms a theory about the extinction of the passenger pigeon

D. cast doubt on the conclusion reached by the archaeologists who conducted the studies discussed in the passage

E. counter an objection to an interpretation of the data obtained from Cahokian sites

2. Which of the following, if true, would most call into question the reasoning of “the archaeologists conducting the studies”?

A. Audubon was unable to correctly identify twelfth-century Cahokian sites

B. Audubon made his observations before passenger pigeon populations began to decline.

C. Passenger pigeons would have been attracted to household food trash

E. Passenger pigeons tended not to roost at the same sites for very many generations 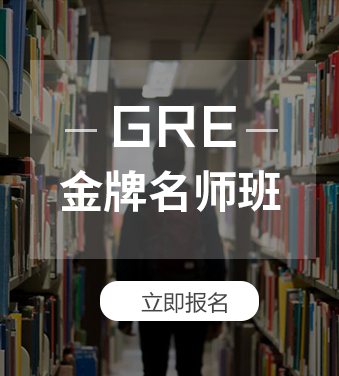 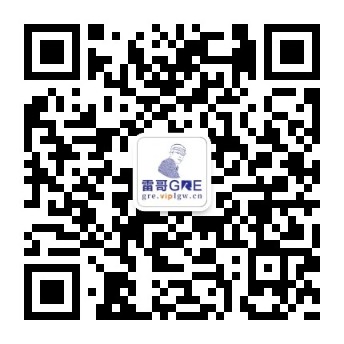